Home/Articles/Men: We Need Your Help. What You Should Know To Advocate for Women at Work.

Men: We Need Your Help. What You Should Know To Advocate for Women at Work. 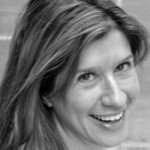 Who Run the World?  …well, men still do. Despite the fact that woman have been graduating from law school at parity since 2001[i], 82% of law firm partners are men.[ii] And those women who do make equity partner, are still paid only 80% of what their male colleagues are compensated.[iii]

Progress is not merely stalling, it is declining.  Research shows that when women enter professional fields in greater numbers, pay declines for the same job that men were previously performing.  The conclusion: work performed by women is simply not as valuable.[vii]   Factor in the latest from high profile companies such as Uber[viii] and Apple[ix],  which continue to allow sexual harassment to persist, and it’s enough to make you give up.

Almost.  But with your help, we can right the ship.

TEAMS WITH WOMEN ARE MORE PROFITABLE.  A LOT MORE.

In reality, giving up is not an option.  First, women are about to become the majority in the workplace.  If you’re not hiring women, you’re not hiring.  Second, by all accounts, adding women to teams increases revenue by an average of 41%.[x] And companies with a female founder perform 63% better than all-male founding teams.[xi]   Increasing the number of women on teams increases both profitability and success.

This doesn’t mean diverse teams are comfortable for the members.  Diverse teams disrupt group thinking, and therefore provide a broader vantage point in order to solve problems.  Hence, why they are successful.  But being questioned and asked to explain your reasoning is often triggering.  Our ego takes hold, and rather than thinking critically about how we came to a conclusion, our first response is a defensive, how dare you question me!

Allowing ourselves to be questioned is an act of courage, and a critical one as we move forward into the reality of a new workforce that is majority female.  A critical conversation as to how the sexes differ is also necessary.  The way we socialize our boys versus our girls is subconscious, and nuanced, and void of any discussion that regards the differences between the male and female brain, and the evolutionary role of each to propagate the species.  Society and technology may evolve, but as a species, we don’t.  And perpetuating the myth of equality, versus a discussion of equity—recognizing and valuing our differences—is keeping us stuck at best.

Equity begins by looking at what makes men and women different.  Any rerun of Mad Men will remind you of what women faced when they first entered the workforce in mass volume during the late 1960s.  They were unwanted.  Meaning, harassed.  Verbally and physically assaulted and demeaned.  In order to assimilate and protect themselves, women became more masculine, meaning assertive, logical, organized, and competitive.  The gifts of feminine energy, such as emotional intelligence, collaboration, and creativity, were not merely undervalued, but characterized as annoying and distracting.  In many environments, they still are.

Women continue to face this uphill battle.  They are not allowed to be themselves, but rather continue to be asked to conform to male standards that they will never be able to fully achieve.

Our subconscious bias as to how girls versus boys should behave is shutting down the self-confidence of our daughters, sending mixed messages about how she can be anything she wants to be, but only if she is polite, still, quiet, and perfect.

When girls speak out in the classroom, they are eight times more likely to be reminded to raise their hand and wait to be called upon, versus a boy who will be engaged, prompted, and assisted in providing the correct answer to the teacher’s question.[xii] If girls’ provide an incorrect answer, teachers rarely provide space for her to pivot and think critically, but rather turn to the class and ask, “Who can help Sally?” This sends the message that if a girl is to speak at all, it better be perfect. Classroom conversations are critical to providing a safe environment for all our children to get messy, pivot, fail, and get up and try again. Yet, our ideas about gender are formed before we turn seven years old.[xiii]

Why is this important? Because these subtle, unconscious stereotypes have big impacts as we age. Despite better behavior when girls are young which leads to better grades, and higher college enrollment rates,[xiv]  girls graduate from high school 30% less confidence than their male counterparts.[xv]

This lack of confidence manifests in the workplace in a thousand different ways.[xvi] The stereotype that women should be quiet and still persists, as women experience the “likable versus competent” bias.[xvii] Numerous studies have described everyone from entrepreneurs[xviii]  to tenured faculty,[xix]  and switched the name from male to female.  The result: behavior that makes men a success makes a woman a selfish bitch. If a woman does speak directly – hence, choosing “competent” – she will be labeled as “too aggressive.”[xx]  “Too aggressive” appeared twice as often on the annual reviews of women versus men.[xxi]

This feedback undermines a woman’s already lackluster self-confidence, shutting down her resolve to speak out and contribute ideas. Women are more likely to be spoken over in meetings, to have ideas stolen, and to be assigned “office housework,” such as taking meeting notes or ordering food.[xxii]

If fixing sexism were easy, society would already have done it.  It’s not.  But exposing these transgression provides us an opportunity to open dialogue and discuss outdated perceptions.  Part of the reframe is this false notion that men and women are equal.

Equality is a myth.  The sexes are different.  But equity is the idea that we understand and value the differences that we as individual men and women bring to work. We do not think alike.  We do not advocate for ourselves in the same manner.  Our subconscious bias seeps into our consciousness like a gas leak.  Changing the current paradigm will require the courage to look within. And for men to recognize the value of colleagues who are women.

Stay on Top of Your Game

Page load link
To help improve performance and personalize content and ads, we use cookies. By clicking on or navigating the site, you agree to allow us to collect information on and off the site through cookies. Read Our Cookie Policy I Agree
Go to Top